Those who have technical knowledge, know the importance of processor and RAM in a mobile phone. While shopping for mobile phones people look forward to the performance of a phone. Smooth performance of a phone is the combined efforts of RAM and processor. But those who have not deployed too much technical information, they are unable to which phone would be better for them. But now, you don’t have to worry, I will tell you how RAM and processor both are connected.

The way the more megapixels for the camera does not mean a better image, more similarly, RAM does not mean high performance. Or better processor does not mean that you will get a smooth performance, the production depends on the combination of these two factors. Many people are living with the myth that a better RAM will give you smooth processing. 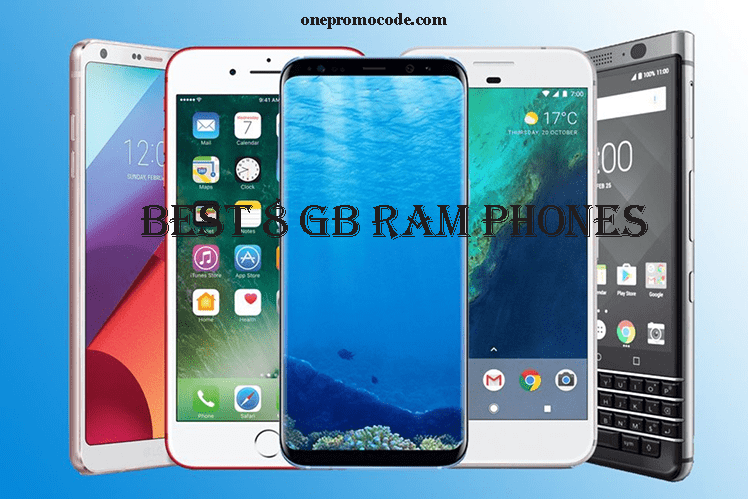 RAM stands for Random Access Memory, used for the storage of data.  RAM keeps the things ready for the CPU so every command or/and all commands work seamlessly. RAM is very fast, rewriteable and used differently by different processors. Here’s the list of top 5 phones with 8 GB RAM coupled with a high processor.

OnePlus 5T was launched on 16 November 2017. After that, Amazon organized an “Early Access Sale” exclusively for Prime members on 21 November 2017 at 4:30 PM onwards. This phone runs on Android version 7.1.1 (Nougat) out the box. This phone is claimed to have the most powerful processor and the fastest phone.

OnePlus skipped the Number 4 and did not include this number in their series due to some Chinese superstition of Tetra Phobia. OnePlus manufacturers directly Launched the OnePlus 5 which has an upgraded performance, design, camera and everything. The Design on the OnePlus 5 is same as the design of the Earlier OnePlus Devices.

As you can see It will be a dual SIM, dual standby phone. If we talk more about the screen, Optic AMOLED is a screen technology that gives a superior quality to display. Keep reading for more about the display. In this section, I will elaborate this term.
These are some of the leaked information and could be true. Let’s discuss more these specs.

Since Asus is becoming a successful brand day by day, people are waiting for more. While other brands are busy in promoting their already launched phones, Asus is ready to take over the market. This phone is fully packed with all the features ever wanted. This phone will surely be the reason for discomfort for other companies

The Nubia Z17 has a Massive 8GB of Ram and a Snapdragon 835 and some more Excellent Specifications. ZTE is one of the Popular Chinese Smartphone Brand which provides budget-friendly smartphones. Nubia is now one of the First Powerful smartphones having a combination of the Snapdragon 835 and an 8GB Ram. The ZTE Nubia Z17 is also the First Phone to Support Qualcomm’s Quick Charge 4. Apart from the Hardware, the Nubia Z17 has an overall decent specification.

The gaming laptop company Razer has introduced its first gaming smartphone, Razer Phone. This phone has a 5.7-inch full HD display with a refresh rate of up to 120Hz i.e. you will not get the problem of stopping the display while playing a game. Apart from this, the phone has 8 GB of RAM and 64 GB storage which can be extended up to 2 TB through memory card. The phone has a strong side Dolby Atom speaker and a 4000mAh battery that supports Quick Charging 4+.

Hotstar is a live streaming application on which you can watch all your favorite shows on the go. …
More Details
Hello guys, lets talk about the best smartphones under Rs. 9000. I have brought you a list of the …
More Details
Digilocker app is developed by MeitY, Government of India to promote paperless governance. DigiLocker app helps you in …
More Details